Lots has happened in the last few weeks. More plumbing, more electrical, throw in some mechanical/ HVAC, and the most visible – painting! We’ll be pouring more concrete next week, finishing up painting and more of the rest.

Other news: winter returned to Steamboat this week. We all knew it would. The mountain is completely refreshed with several new blankets of snow, and the emerging daffodils and tulips are safely covered again. We still have three full weeks of ski season left! May as well keep the snow coming! 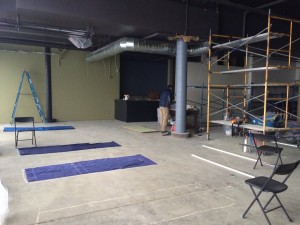 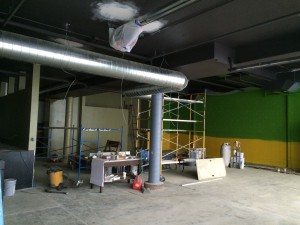 Thankful for Our Beer!

Pairing Dinner on the Day of Pairing