This week is American Craft Beer Week, and to celebrate, Mountain Tap Brewery received its first shipment of tanks today! On Wednesday, May 18, three fermenters measuring 12 feet tall and weighing 1,200 pounds each, and six serving tanks measuring 7 feet tall and weighing 400 pounds each were carefully unloaded from a shipping container, navigated through the construction zone that is becoming the 910 Yampa pavilion, and found their places safely inside Mountain Tap Brewery. The Picking Construction crew maneuvered the tanks into the brewery using a telescoping forklift, then stood them up tall in the brewhouse. The serving tanks were tightly positioned inside the brewpub’s 252-square-foot walk-in cooler. A second shipment of tanks – the brewing vessels – will arrive a few weeks later.

“One of the first beers we’ll brew will be Locals’ Lager as a nod to all the residents that make this town tick,” said Tucciarone. “Not many craft breweries are making lagers, and there’s nothing like a crisp, flavorful and refreshing lager after a sunny summer day on the river or trails. We also plan to open with a few hoppy ales, a quenching fruit wheat beer and something roasty and malty to pique every taste bud. As the summer progresses, we’ll ramp up to serving a dozen diverse Mountain Tap beers.” 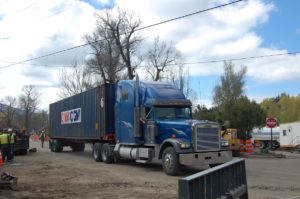 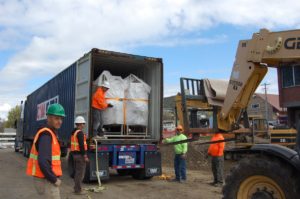 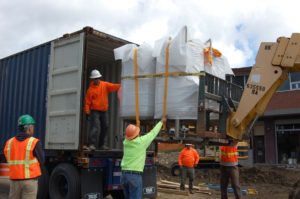 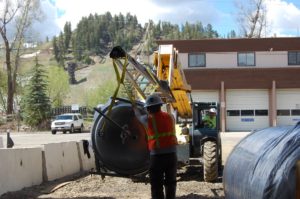 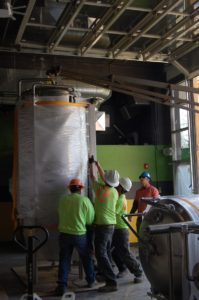 Thankful for Our Beer!